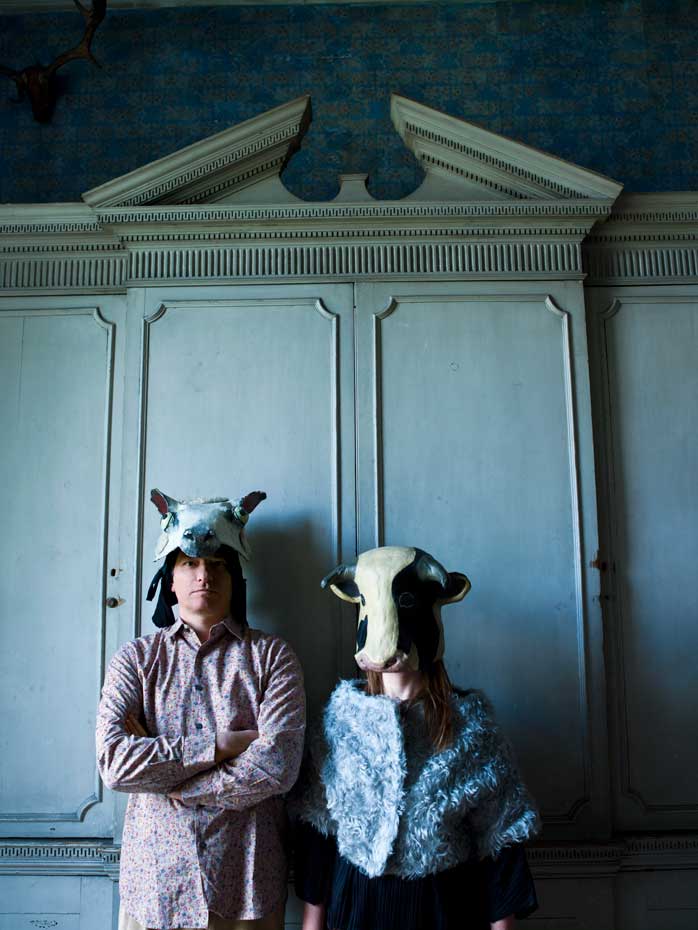 “Problems are always the best inspirations. Eighteen years ago we lived in a tiny flat full of books but with nowhere to sit. That same year we drew the first Bibliochaise: a cube to sit in with slots all around to put books in. Geometry is magic, every time you draw a cube or a square something wonderful can happen.” Alisée Matta and Giovanni Gennari began work together as an advertising team in 1994. The full expression of their creative partnership was realized in 2005 when they shifted from the abstract to the concrete and established the Milan design studio, .nobody&co., where they began design production uniquely characterized by their playful association with thought and language. Nobody&co made its debut at the Milan 2006 Salone Internazionale del Mobile with la Bibliochaise, the armchair-library that holds 5 metres of books; the Piola bookcase, an original book-shelving system; and il Buddino, the pudding mould shaped liked a buddha. In 2007 at Spazio Rossana Orlandi we present the Comfort Table, Flower Power Vase a limited edition of platinum plated vases made by Bottega Gatti and Piccolo Grande a limited edition of outdoor furniture. In 2008 always at Spazio Rossana Orlandi we present the Missing Chairs. In 2009 at Superstudio we exhibit Four Mathematical Rooms with Bosa for whom we design Liliana Vase and Liliana Lamp and we present the Scroll Table with textiles by the fantastic Timorous Beasties. To showcase our design up to 2009, we launch the Catabook, a limited edition catalogue book magically styled by Studio Toogood at key National Trust locations, with photography by Tom Mannion. To elevate the visual statement of the Catabook, we trimmed the book-base so that it protrudes at an angle, allowing it to uniquely stand out from other volumes crowding the bookshelf. (See the catabook at www.nobodyandco.com) In 2011 at Tent London we present Sliced bookshelf, L Double Table and Bibliochaise Luna as a limited edition collection we named: A Space Odyssey 2011. During the April design week in Milan, in 2013 the Bibliochaise and Bibliopouf are part of the exhibition “Intorno al Liibro” curated by Beppe Finessi at the Poldi Pezzoli in Milan. In May 2013, as a world premier in London for INTERIORS LDN 2013, we proudly presented the limited edition 24 carat Gold Bibliochaise. From March to October 2015 we are delighted that Outdoorz Gallery have been asked to show la Bibliochaise as part of Make Yourself Comfortable at Chatsworth—a landmark interactive contemporary seating exhibition at the magnificent historic property, Chatsworth House. In April 2015 during the milanese Fuorisalone, we presented the prototypes for our new collection UNDERWATER PROJECTS in the Brera Design District, in via Statuto 13. In October of these projects we shall be launching our Nuvola Cloud showerhead in porcelain and our Spiral outdoor shower.