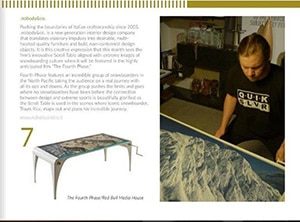 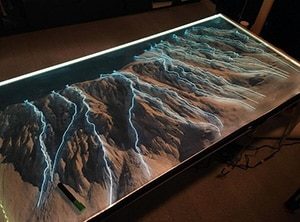 Looking into the crystal top of .nobody&co.’s Scroll Table, Travis Rice, the world’s No.1 snow-boarder, has a vision. Plotting his snow and ice chapter in the stunningly beautiful film, The Fourth Phase, he scrolls again, pouring over the contours of a magnificent mountain range, gauging geology and aspect, hunting for the most daring descent by snowboard…

See the official 4K Trailer here, for what has been described as the most highly touted adventure film: www.thefourthphase.com